The Alcohol & U App was officially launched by Frances Black, Singer, CEO and Founder of the RISE Foundation on Monday 10th November in the Mullingar Park Hotel, Mullingar Co Westmeath. The launch of the Alcohol & U App also coincided with the launching of 2014 Drug and Alcohol Awareness Week and the official unveiling of the re-developed Midland Regional Drug and Alcohol Task Force (MRDATF) branding which incorporates alcohol under the remit of the MRDATF since early 2013.

By downloading this free App, a range of information is available to include an information section which contains a range of topics to include alcohol the facts, the effects (short and long term), sexual health, mental health, low risk drinking, road safety, alcohol and sport and alcohol and pregnancy. Those who download the App can also take part in an Alcohol Quiz and an interactive standard drinks calculator section, which allows participants to calculate their weekly/daily consumption of alcohol and will advise of recommended weekly limits for low risk drinking. Detail of the range of services and supports is also available. A poster which was developed by an AIT Graphic Design student will also be used to promote the App in the midland region.

Speaking at the launch of the "Alcohol & U" App Marion Rackard, Project Manager, Substance Misuse Services, National Social Inclusion Office, Primary Care Division, HSE stated "taking care of your mental and physical health and well being is the cornerstone to a lively and energetic life especially at a crucial stage of so much change and development in teen and early adult life. This alcohol app produced by students themselves aims to remind people of the low risk guidelines and how cutting back on alcohol can improve your general well-being with the many fun and precious moments remembered and most of all enjoyed free of danger or risk."

Also speaking at the launch Anne Cooney, AIT Healthy Campus Co-ordinator stated "AIT were delighted to be involved in the development of this project in partnership with the MRDATF, HSE and Foróige, this project was student led and this was a major strength as projects that have a high level of student participation tend to be more successful".

A scheduled event which ran as part of the MRDATF Drug and Alcohol Awareness Week took place on Wednesday 12th November in AIT from 12-2pm. This event "Student to Student - Alcohol & U APP", was organised by AIT Health Campus Co-ordinator and Students Union.  During this event there was a demonstration of the Alcohol App and those in attendance were encouraged to download the free app. 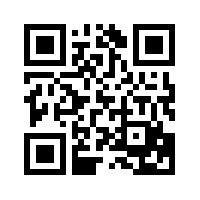 «« return to news and events